The Lefty Kreh Sportsman of the Year Award

A pioneer of saltwater fly fishing and a dedicated conservationist, BTT founding member Bernard “Lefty” Kreh (1925-2018), was a global ambassador for our sport for over 50 years. After serving in the second World War, Lefty went on to become an accomplished outdoor writer and editor, fishing show host, fly tier, and a world-renowned casting instructor. A native of Maryland, Lefty began his saltwater fly-fishing pursuit in 1965 when he relocated to Miami, where he served as the Director of the Metropolitan Fishing Tournament. His instructional videos, books, and articles remain go-to resources for every level of angler, and his fly patterns, such as Lefty’s Deceiver, have caught fish from the Keys to the Seychelles. Among his many accolades, Lefty was the recipient of ASA’s Lifetime Achievement Award and NAFTTA’s Lifetime Contribution Award and is a member of the IGFA’s Hall of Fame. The Lefty Kreh Sportsman of the Year Award is given to an individual who has demonstrated an enduring commitment to the conservation of bonefish, tarpon and permit—the species, their habitats and the larger fisheries they comprise—through leadership, innovation, education or advocacy. 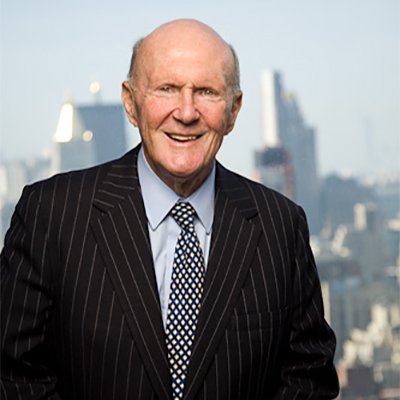 Rivaling Julian Robertson’s legendary Wall Street career is his reputation for leadership and generous donations to non-profit organizations. As a signatory of the Giving Pledge, he joined 187 leading philanthropists worldwide who promised to direct more than half of their wealth to philanthropic or charitable causes in their lifetime or through their estates. Robertson has aided organizations supporting education, medical research and the environment with transformative philanthropic investments, enabling them to respond to some of the greatest opportunities and challenges of our day.

Robertson's generosity has funded innovative bonefish and tarpon research at BTT, including groundbreaking satellite tagging studies of tarpon movements and habitat preferences as well as the largest study ever undertaken of bonefish reproduction. Counted among his many contributions to the environment are significant commitments to the Everglades National Park, the Theodore Roosevelt Conservation Partnership’s menhaden initiative, and Environmental Defense Fund, where he played a leadership role as a member of the Board of Trustees in responding to global climate change and the needs for clean air standards.

A native of North Carolina and U.S. Navy veteran, Robertson began his storied Wall Street career at Kidder, Peabody & Co in the late 1950s, developing a reputation as one of the firm’s leading stockbrokers and, later, heading its money management subsidiary, Webster Management Corporation. In 1980, Robertson established Tiger Management Corp., one of the earliest and most successful hedge funds, which grew from $8 million in start-up capital to more than $23 billion by the late 1990s.

One the nation’s foremost conservationists, Paul Tudor Jones is the co-founder of the Everglades Foundation—a leader in the fight to protect and restore Florida’s iconic wetlands—a former chair of the National Fish and Wildlife Foundation, and an Honorary Trustee of Bonefish & Tarpon Trust. As a signatory of the Giving Pledge, Jones has joined with 187 other leading philanthropists worldwide who have pledged to contribute a majority of their wealth to charitable causes.

In addition to his Everglades advocacy work, Jones also is committed to fighting poverty through his Robin Hood Foundation based in New York City. He also founded the Excellence Charter School in Brooklyn, which is free to attend for any New York City student. Jones serves as Director of Students First NY and is on the Advisory Board of the University of Virginia’s Contemplative Sciences Center. He is Chairman of JUST Capital Foundation, Inc., Chairman of Pure Edge, Inc. Foundation, Trustee of NYU Langone Medical Center, and serves on the Board of the Apollo Theater Foundation.

In 1980, Jones founded the Tudor Investment Corporation, one of the earliest and most successful hedge funds in the U.S. He holds a B.A. in Economics from the University of Virginia (1976) and was awarded an honorary doctorate for his achievements in business and philanthropy from the University of Glasgow in 2014. 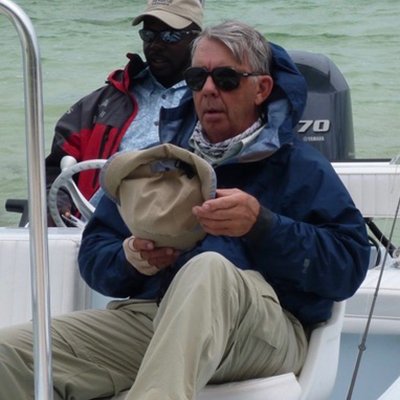 2017 The Lefty Kreh Sportsman Of The Year Award

2017 The Lefty Kreh Sportsman of the Year Award

A leader in the world of business and conservation, Tom Davidson, Sr. co-founded Bonefish & Tarpon Trust with a small circle of concerned anglers in 1997. He went on to guide BTT for nearly 20 years, establishing an effective, science-based conservation organization charged with ensuring a healthy, vibrant flats fishery. Davidson’s leadership and volunteer service also extends to the Florida Keys Marine Sanctuary and the Everglades Foundation.

In his career, Davidson founded several major companies operating in the US, Canada, and Europe, and has served as director at more than 20 public and private corporations. He has received numerous awards and honors in the world of business, including 1979 Canadian Entrepreneur of the Year. He previously served as Chairman of the Young Presidents Organization and the World Presidents Organization, and as Founding Chairman of the Ocean Reef Club, Ocean Reef Cultural Center, and the Ocean Reef Rod & Gun Club. 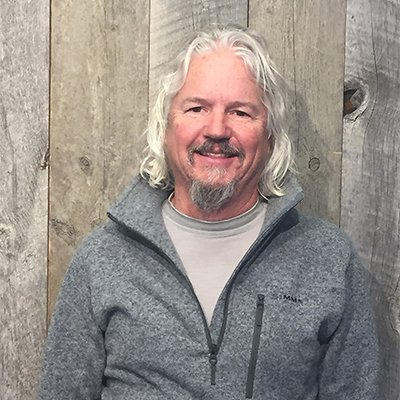 One of the top marketing executives in the U.S. outdoors industry, Al Perkinson was among the first to recognize that advancing environmental conservation also benefits a company's bottom line. Now Executive Vice President and Chief Marketing Officer of Huk Performance Fishing, Perkinson served previously as Executive Vice President of Marketing at Simms Fishing Products and as Vice President of Marketing for Costa. In his 11 years at Costa, he helped increase the company’s eyewear sales by 1500%—largely by putting Costa front and center in the push for clean water and healthy fisheries.

In 2010, Perkinson got involved with BTT's Project Permit, a scientific tagging study to learn about the species' movement patterns and habitat use. Findings from that study led to enhanced protections for permit in Florida, including spawning area closures and tighter bag and size limits. Perkinson's Costa Films produced nine short videos, one of which won the sustainability award from Sundance in 2012.

Perkinson majored in sculpture at St. Andrew’s University before earning a master’s degree in arts administration from Columbia University. He began his career at Ogilvy & Mather Advertising in New York City. Before joining Costa, Perkinson was Vice President of Account Service at Henderson Advertising and VP Group Brand Manager at Bank of America.

Widely regarded as one of the most influential people in fisheries conservation, Perkinson was named Angler of the Year by Fly Rod & Reel in 2015. He is also a member of the Explorers Club in New York City.