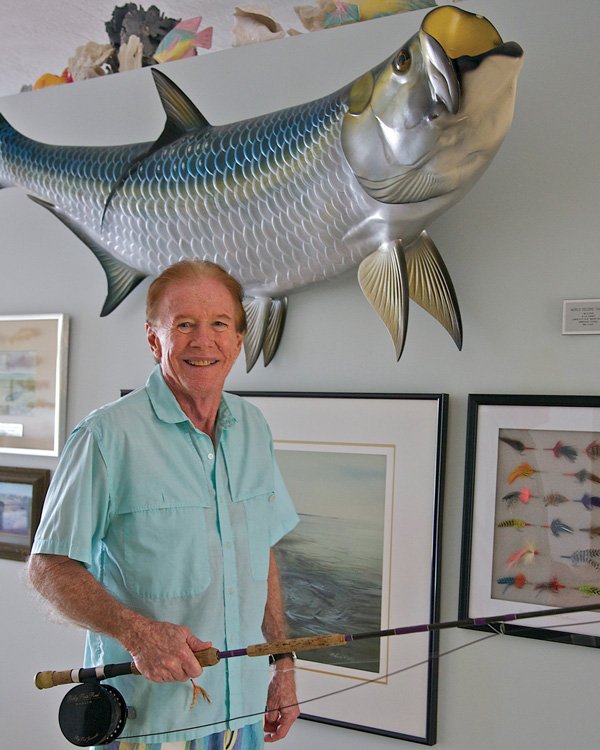 A pioneer of saltwater fly-fishing, Billy Pate was a BTT founding member and Honorary Trustee who advocated for conservation of the flats fishery on behalf the organization and helped advance its mission within the angling community. It was Pate who asked the important question, “Who’s fish are they anyway?” inspiring scientists and fellow conservation-minded anglers to explore the population connectivity among tarpon in Florida waters and beyond.

Best known for one of his longstanding tarpon world records, he fished throughout Florida and around the globe. He was the first angler to catch all four species of marlin on a fly rod, and in 1982 caught a 188-pound tarpon on fly with a 16-pound tippet, a record that would stand for 21 years.

In 1967 Pate and legendary Florida Keys guide George Hommel founded one of the first destination angling companies in the US, World Wide Sportsman, which they sold in 1995 to Bass Pro Shops. Also an innovator, Pate worked with Ted Juracsik of Tibor Reels to develop a revolutionary line of fly reels that bear his name.