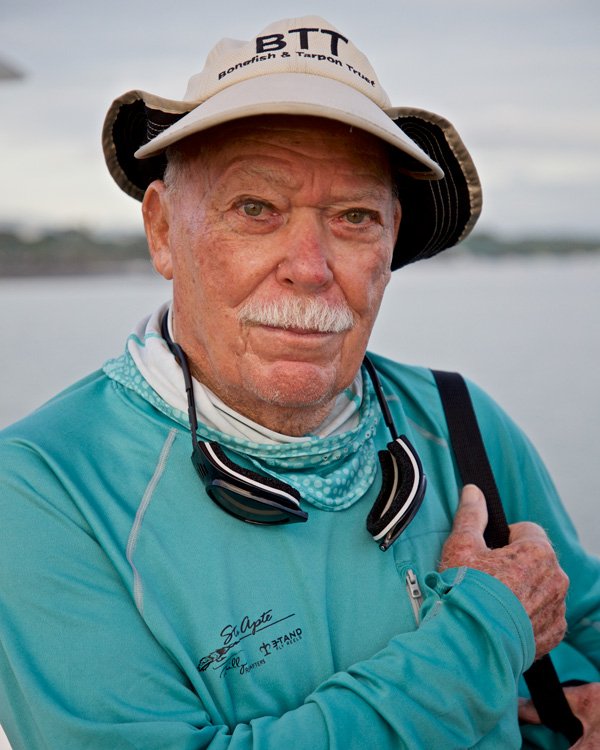 Angling legend Stu Apte is a founding member of Bonefish & Tarpon Trust and serves on its Board of Directors. Throughout his tenure with the organization, he has been a tireless and vocal advocate for its efforts to conserve tarpon, bonefish, and permit in Florida and beyond. A member of the IGFA Fishing Hall of Fame, Apte has held more than 40 saltwater and fly-fishing world records—including two of the longest standing saltwater fly rod records: 58-pound dolphin (1964) and 136-pound Pacific sailfish (1965). Both fish were caught on 12-pound tippet.

Born in 1930, Apte landed his first tarpon at age 12. He attended a military prep school before graduating from the University of Miami then went on to serve as a Navy fighter pilot during the Korean War. He spent the next 34 years flying for Pan Am while pursuing his passion for fishing.

Apte started fly-fishing in the mid-1940s and began guiding part-time in the Florida Keys in the mid-1950s from his home on Little Torch Key. It was not until the 1960s, after a Pan Am layoff, that he began work as a full-time guide. President Harry Truman and his wife Bess were clients, and fishing writer Joe Brooks landed a world record tarpon with Apte in 1961—a 148.5-pounder that was the largest ever caught on fly at that time. Apte broke that record in 1967, landing a tarpon over 150 pounds.

Apte fished for several decades with baseball icon Ted Williams who, like Apte, had flown Navy fighter jets in Korea. According to Apte, “Ted was one of the top ten overall anglers in the world. He was a perfectionist. People say he was difficult, but then, so am I. If you’re a fighter pilot and you’re not a perfectionist, you’re dead.”